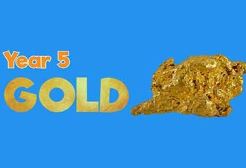 This inquiry-based unit presents students with a range of visual primary sources to spark curiosity about life in the 1800s. Each activity introduces a new concept related to the Australian Gold Rushes. 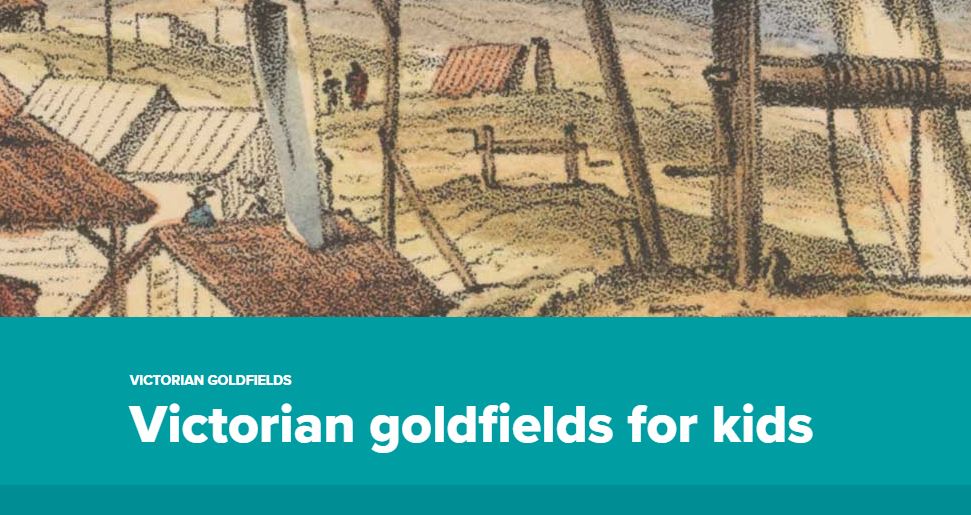 This resource has the information presented in short easy to read segments with images and videos. There is also an online quiz. 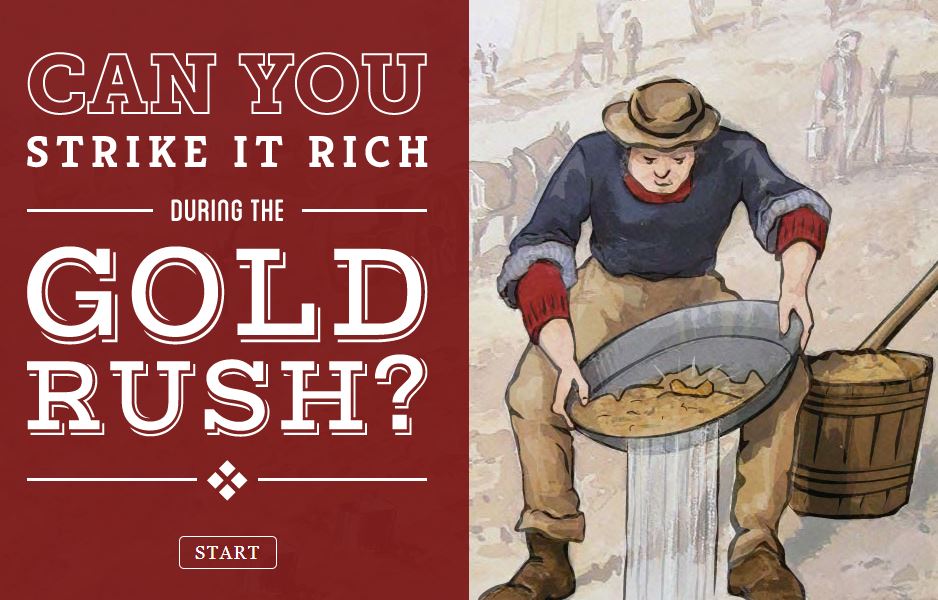 Students need to think clearly and strategically, as well as gaining a hearty dose of good luck, to win at this decision-maker game set in 1850–1900.

This interactive map allows students to explore the discoveries of gold around Australia. 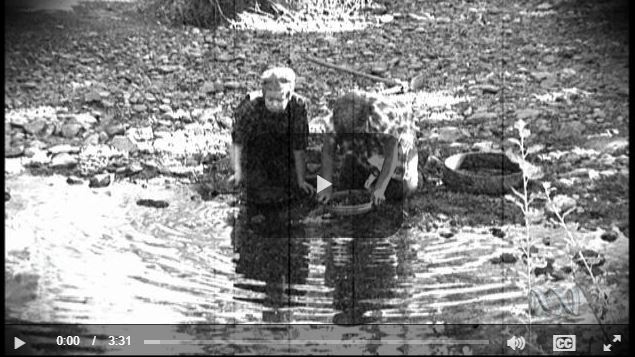 Have you ever imagined what it would be like to strike gold? During the 1800s, the dream of finding gold led to a huge increase in Australia's population and to many mines, but once these gold mines had been exploited they were abandoned. Find out why many formerly abandoned gold-mining sites across Australia today are being reopened, giving 21st-century miners the chance to find gold. 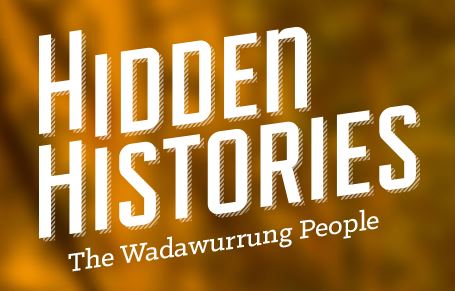 Hidden Histories: The Wadawurrung People is a digital tour about gold rush Ballarat, which brings to life the perspectives and participation of Aboriginal People. 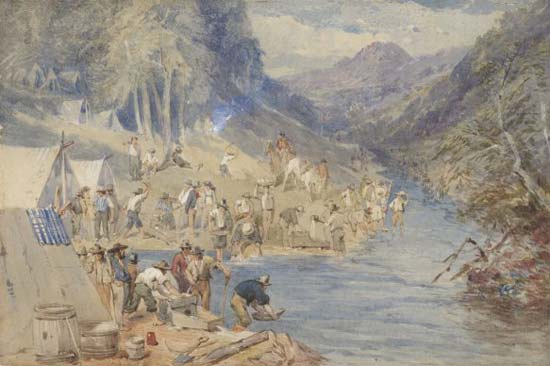 Articles and images about gold discoveries across the states, the impact on immigration, life on the goldfields, law and order (including bushrangers) and the impact of the gold rushes on Australia as a nation

The Eureka Stockade has been called the birthplace of Australian democracy. In 1854 gold miners clashed with government forces... 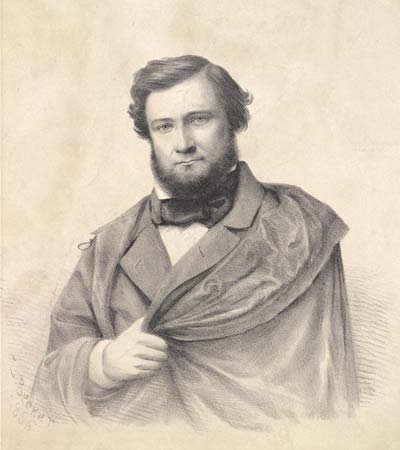 Behind The News- Video file 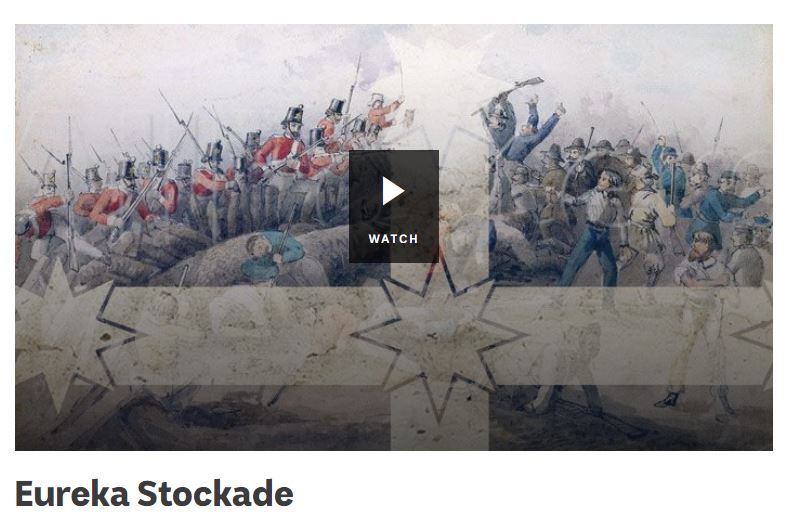 December the 3rd is a significant day because it's the anniversary of a very famous event in Australia's history called the Eureka Stockade. Sarah visited Ballarat in Victoria to find out what it was and why it's so important. 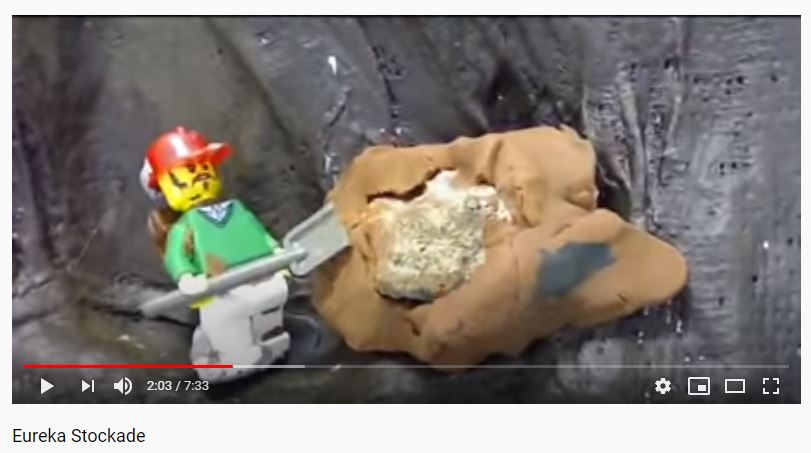 Lego re-enactment of the Eureka Stockade 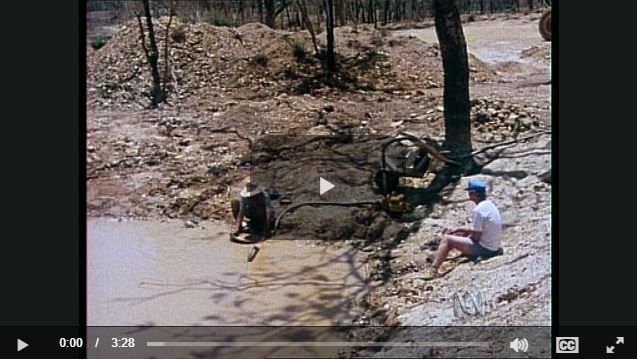 Sluicing and panning for gold

How does a small prospector mine gold? Most modern goldmining is conducted by big companies with heavy machinery. But in this clip from a 1981 episode of A Big Country, journalist Chris Masters meets a prospector whose methods and tools differ only a little from those used by Chinese miners at Pine Creek a century earlier.